Get fresh music recommendations delivered to your inbox every Friday.

The EP of Everything and Nothing 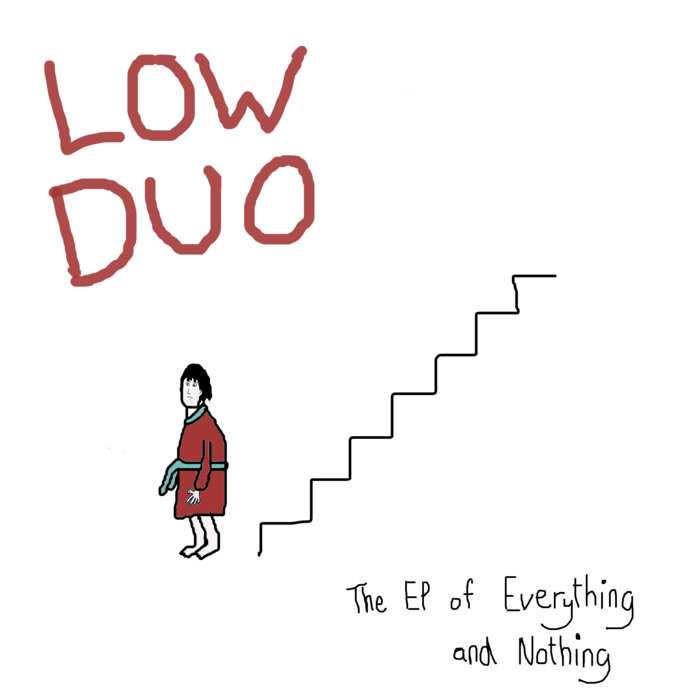 Who are Low Duo?
By singer Leigh Greenwood

I’m writing this from my attic bedroom. Five years ago Low Duo from Sheffield (UK) were The Guardian’s New Band of the Day number 986. Likened to stereo Nick Drakes, soaring Jeff Buckley’s and a baleful, basic The Smiths, the article said that we gave “fresh lustre to that overworked notion of the ‘darkly powerful’.” However, the signature section of the piece predicted that in terms of our destiny, we were ‘most likely to: busk on pavements. Least likely to: live in a penthouse.’ They were right.

Comprising myself and my younger brother Adam, Low Duo formed in 2010. All of our songs are restricted to just two layers - one voice and one musical instrument.

Lyrically, ‘The EP of Everything and Nothing’ - our sixth EP - is about the slow inevitable ending of a relationship. You can see it coming, you know it’s gonna hurt but there’s nothing you can do about it.

Do you want to know what the best thing is about being in a band with your brother?

We have an understanding that only comes from many, many hours in each other’s company. As children, Adam and I would spend our time watching video-taped sitcoms (Blackadder, Bottom, I’m Alan Partidge) until we knew the lines off by heart. Now we instinctively latch on to the other’s melodies and rhythms, picking up on feelings and drawing out the natural emotions of the song. And we can be honest with each other in the way that only family can.

Do you want to know what the worst thing is about being in a band with your brother?

It’s the tedious bickering that only comes from many, many (many!) hours in each other’s company. You can get a flavour of our strange relationship in our mini documentary about the making of this EP (below). Among other things, the documentary captures our wait outside Old Pig Farm Studios in Sheffield, when we had a drawn out debate about whose fault it was that we hadn’t got together for a final rehearsal the week before. I sneakily recorded it on my phone without Adam noticing (to show him what he’s like).

Both of these things, the shared understanding and the quarrels, are hardwired into the Low Duo experience. It’s part of who we are. The fact that all of our songs are made up of just two layers - one by me, one by him - means that, whatever people think of our music, it is a true reflection of us.

Background: Low Duo are two brothers from Sheffield who write 'sad' alternative lo-fi music using just one voice and one musical instrument. Having released five records, Low Duo have received praise from the likes of BBC 6 Music, The Guardian and Drowned In Sound, have music stored in the British Library Sound Archives and recently secured a second sync deal with Suicide Girls. They have supported London Grammar, Courtney Pine, Seafret, Abigail Washburn, Eliza & The Bear and Ian McCulloch.